Game theory has been one of those disciplines that have reached phenomenal status because it has introduced concepts and methodologies that are deemed by many to be “game-changers” (no pun intended). It first came about in the 1900s, and has been expounded on and progressed since then. However, there are still some questions and doubts on its applicability, especially in the real world and in real-life situations, particularly in daily business operations. 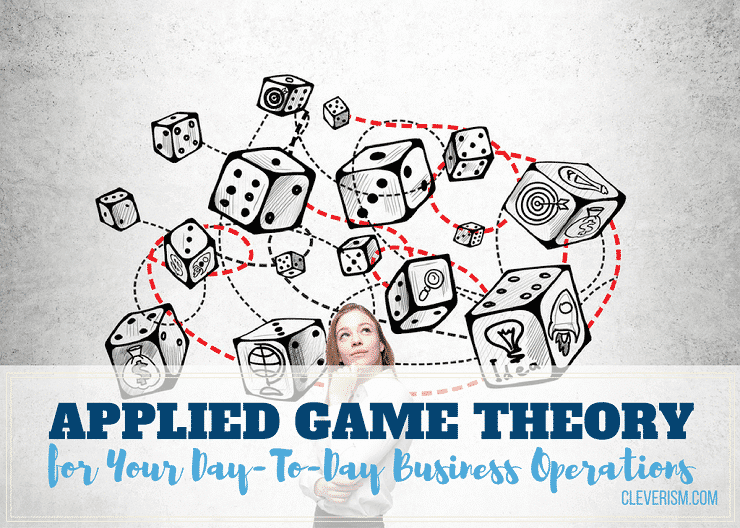 But first, let us discuss what Game Theory is all about. It is essentially a discipline or a method of strategic thinking where the players will have to make decisions by looking from different perspectives, basically putting themselves in the shoes of the other players and anticipating their possible actions and reactions. The results of playing out these scenarios will be used to make decisions or choices.

When used in the context of business, Game Theory is most often used by business managers to figure out what their collaborators and competitors are thinking or planning. It has become a very powerful tool for predicting the outcomes or results of interactions or transactions among a group of players or competitors, where the action of one will have direct effects or impact on the others, and the others will react according to those actions.

What are the elements that compose Game Theory? There are three basic components at play here:

Strategizing through the use of Game Theory requires several assumptions to be made. These assumptions are not fool-proof, however, since there are many arguments that could be made against them.

Assumption #1: All the players act and think rationally, making choices and performing actions that are in their self-interest. The weakness of this assumption lies on the fact that human nature does not often permit rational thinking, and humans tend to make decisions for reasons other than their own interests.

Assumption #2: All the players act strategically, while taking into consideration the responses of their competitors to their actions. This is also not always the case, because there are other drivers to players’ decisions, not necessarily the actions of others. In fact, many business managers even do not make decisions within the strategic context.

Assumption #3: The effectiveness of Game Theory is fully realized when all the players are fully aware of, and understand clearly, the payoffs – both the negative and positive ones – of their choices or actions. It is a fact that most players make decisions even without having all the information. Many even do not care to know the full story behind some actions or responses before deciding on a specific course of action themselves.

Game Theory can also be performed in two ways: simultaneous games, where the players make their moves or actions at the same time, without waiting for information on what the other players have chosen or acted upon, and sequential games, where the moves of the players will depend on, and in response to, the previous action or choice of another player.

THE GAME THEORY IN DAY-TO-DAY BUSINESS

Anyone that plays a key role in high-level and strategic decision-making in an organization should definitely consider learning about, and applying, the Game Theory. They include, but are not limited to, executives, directors, and senior managers.

The applicability of Game Theory may be in question by some pundits, but there is no denying the fact that even large and established businesses have openly discussed using Game Theory for their key strategic business decisions.

The most common situations where Game Theory becomes most useful include:

We can enumerate several reasons why business managers should consider using the Game Theory in its business operations.

Business managers must beware, however, of how they use Game Theory. It is not a management tool that they can use as a substitute for experience in business. It is merely a tool, or a guide, for them to go about their tasks or roles as business managers.

The pricing decisions of a company can be highly influenced by the pricing choices or decisions of rival companies. One popular example was the price-chopping decisions initiated by Intel and Advanced Micro Devices (AMD) on their desktop and mobile processors.

Intel and AMD are considered to be competitors in a highly specialized niche, and both are in a tight race to gain a larger share of the market. The first move was taken by Intel, who initiated a price slash on its desktop and mobile processors. AMD reacted by implementing a similar price cut, even if it meant potential losses or decrease in revenues.

This price war resulted to both companies seeing significant increases in unit sales and shipments of their products – a sign of an increase in their market potential. However, their revenues saw a drop, and so did the profits.

The concept of ‘Prisoner’s Dilemma’ is apparent in this example. Prisoner’s dilemma is best represented by a situation where two criminals, who are accomplices, are interrogated in two separate rooms. The interrogators are not in possession of sufficient evidence or information to make a conviction, so they have to find a way to facilitate a confession. They present each of the suspects with two choices: either defect, or confess to the crime and get a lighter punishment or jail sentence, or they could cooperate, or refuse to say anything, and suffer the punishment due them.

The interrogators make it a point to inform both suspects that the other is fully aware of the deal and its connotations. Thus, each of them will make a decision without knowing what the other’s actions will be.

If the two suspects decide to defect and make a confession, they will both get the full brunt of the punishment and be sentenced the standard jailtime. If, however, one suspect confesses and the other stays quiet, it is the latter who will get the jail sentence – often even longer – while the one who confessed gets off with a lighter sentence, or even walks away scot-free.

In the AMD and Intel example, AMD reacted with a price slash of its own after Intel made the move first. But what followed was a series of price cuts that could only be described as a “repetition of interactions”. Both companies are aware of each other as long-time competitors, and that they will be playing the same game for a long time to come. Thus, they have the choice on whether to cooperate with each other and kept their prices higher, or they could engage in mutual price-chopping actions.

Many assume that Game Theory applies only to getting the pulse of competitors. However, it can also apply to the relationship of companies with their supply chain partners. Supply chain management can be facilitated by Game Theory concepts.

The game can be played in one of two ways. A non-cooperative game is where the players are unable to make binding commitments before making a choice or deciding what strategy to implement. On the other hand, making such commitments is possible in a cooperative game, which means that players can form coalitions and make side-payments.

Let us say, for example, that there is only one wholesaler of Product A. All retailers will source their inventory from this single supplier. If there is more than one supplier, however, it becomes a different ball game altogether. There are now two suppliers competing for product availability. If the first supplier has unavailable stocks, or are unsatisfactory, the retailers can turn to the other supplier. The payoffs enjoyed by the two players will differ, dependent on several factors such as demand, price and customer satisfaction.

Taking into account the Game Theory assumption that all players are acting on their self-interests, it is important to note that their individual choices, when taken as a whole, do not always mean that the supply chain is optimized, or that it is able to enjoy an optimal payoff. Consider the fact that there are multiple players, or companies; this means that the supply chain is decentralized. If you compare it to a centralized chain, with only one or two suppliers, there is a significant difference between the profits. Obviously, the profits in the decentralized supply chain will be lower than that of the centralized chain.

A performing company is able to provide value to its stakeholders and shareholders. In order for the company to perform well, top management – all the way down to the rank-and-file – are expected to pull their weight. It is a collective effort, as all are working for everybody, instead of one group focusing on its own compensation without care for the others.

Game Theory has been applied in efforts to create compensation schemes that effectively align the interests of all stakeholders of the company: the managers and the workers (the agents), and the shareholders (the principals).

It is a given that the shareholders do not have direct control over the actions of the managers and the workers of the company. They also cannot directly monitor them. That does not mean, however, that they are entirely helpless. By offering incentives, they can have a say – albeit indirectly – on how the managers and the workers should act. These are commonly seen in the relationships between real estate agents and prospective property and home buyers, and that of franchisees and franchisors.

Through Game Theory, we are able to get more than a glimpse of the interactions of agents and use the information obtained in making strategic decisions.

Entrants to new markets are faced with many questions and dilemmas. This is a decision so huge that a significant amount of research, information-gathering and analysis is required.

Say, for instance, that Company B is looking to enter a new market in a South American country. Currently, there is one similar firm – Company A – operating in that market. Company B’s decision-making process would consider the following:

Through Game Theory, Company A can decide whether it would be accommodating to Company B, or if it would be aggressive. Drawing a game tree using the information available in order to see what strategy would be most beneficial or have the bigger payoff.

Granted, Game Theory might not be the best or most recommended analysis tool out there for businesses, but no one can deny its usefulness when it comes to day-to-day business operations. Business operations revolve around strategies and interactions – essentially a “game” – and this discipline tackles a game that involves a strategic interaction between players, with outcomes and payoffs waiting at the end. 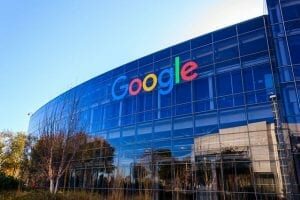 A conglomerate is a company which is made up of several or many other smaller companies. The … 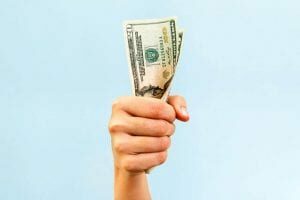 What’s a Retainage Fee (And How It’s Used)

Retainage fee is an amount withheld from a contractor by the client or project owner. It is usually …