The Complete Guide to GitHub 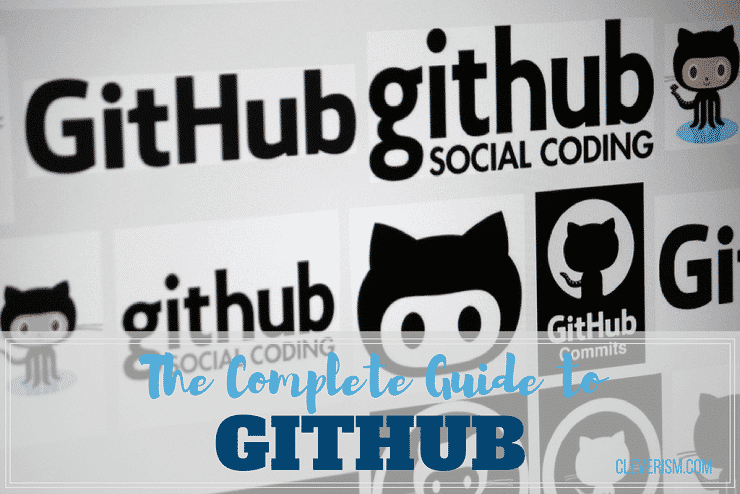 In this article, you will learn about 1) an introduction to GitHub, 2) understand what GIT is, and 3) then experience a deep-dive on GitHub.

If you are a programmer or have friends who are programmers, chances are you have heard of GitHub. GitHub is unlike almost any other website on the Internet. The Internet is raving about it and certain venture capitalists are pouring $100 million investments into it. But what is GitHub?

GitHub was founded in 2008 by Tom Preston-Werner, Chris Wanstrath and PJ Hyett. Since its launch, it has gained over 9 million users and 21.1 million repositories. With these numbers, GitHub has become the largest online host of source code on the Internet. It hosts users from all over the world and from all programming backgrounds.

The great thing about GitHub is that it is for anyone. The biggest and boldest technology companies in the world upload projects to GitHub. It is one of the rare opportunities a person has to rub elbows with programmers and developers at companies like Google, Facebook and IBM. Despite its elite clientele, GitHub is by no means a secret or elite society. Any programmer with a working knowledge of Git can sign up and use GitHub.

When you upload a project onto GitHub, other members can view your project. This is great because it means that everyone on the site can learn from one another’s successes and failures in programming. If you a struggling with a particular program, chances are, someone on GitHub can show you just how to fix it.

One of the most appealing things about GitHub is that it is a complementary tool to social media sites like LinkedIn. While LinkedIn requires users to complete full profile and add a resume, GitHub gives programmers a chance to demonstrate their real competencies. A GitHub hosted project has translated into more than a few job offers. HR managers looking for new engineers admit that if a candidate does not have a GitHub profile, they virtually do not exist.

GitHub also launched an education project in 2014 that was designed to give students free access to a whole host of development resources.

What is Git and what can it do?

Git is an open source software. This means that users can change and share this free software. Although the software is open source, the use of “Git” and the logos are trademarked.

Git is also a version control system. A version control system keeps track of all of the revisions made to a source code. It also stores each of these revisions in a repository. This kind of system both encourages and enhances collaboration between developers. It allows users to download software, add their own changes and then upload their newly changed version of the software.

The development of Git began in 2005 when several developers at Linux suffered a breakdown in communication and goals with their source control management. Until then Bitkeeper maintained a free status that was in line with the goals and values of the Linux system. When Bitkeeper decided to begin charging for its services, the Linux team decided to move elsewhere.

Linus Torvalds needed a new system of source control management that would fulfil the gap left by Bitkeeper. None of the systems available at the time met the needs of the goals of his software.

Unimpressed by the current offerings, Torvalds began work on Git in April of 2005. The developers had specific goals for their new system. They knew that they could create a system that could not only fulfill the gap left by Bitkeeper but improve on the service.

With a focus on speed, non-linear development and simple design, the developers worked quickly on Git. They were hosting the project only three days after the official announcement.

The logic behind Git promotes non-linear development above all. By promoting non-linear development, the software promotes sharing and collaborating. Instead of organizing its data as a set of files that are changed over time, Git organizes its data as though it is a series of snapshots. Instead of simply noting changes, Git takes a picture of what the file looks like every time it is changed. This allows you to see what has changed faster than searching through files.

Creating local operations was a huge priority for the developers of Git. As a result, Git is incredibly fast.

You can use GitHub without knowing Git, but it is better for productivity and analysis if you have an understanding of it. Here are some key features that you need to know to begin to understanding and making basic functions with Git:

There are several Git specific commands that are used on almost every project. The following commands are specific to Git and are some of the most basic but essential commands included in the program.

Now that you know a little bit more about Git, the benefits of GitHub will start to make more sense. Git is a programming language but it does not reach its full potential unless it is used in GitHub, which was specially built for users to make the most of its features.

2) Getting Started with GitHub

Getting your projects online with GitHub is relatively easy. All you need to do is sign up, install the software and get started on a new project.

After you have signed up, you can complete a profile

After you have an account, you can either create a new project or clone an existing project

Any website needs a host. A host is a server that stays running 24 hours a day to keep your website online. Unless you have the need and means to have your own server, you will need to find yourself a host.

GitHub lets you host your website on their site for free. When you host with GitHub, you also have total control of your site which is an added benefit of using their service.

Hosting your site is probably one of the most complicated parts of getting started on GitHub but only if you want to choose a domain name to associate with.

After you have registered and set up a new repository in GitHub, follow these steps for setting up a website:

If you want to create a professional website, you will need to purchase a domain name. Once you have purchased the domain, you can associate it with your GitHub page. You have to create a subdomain, specifically an apex domain. There are four main steps that you need to take to add a custom domain to your website:

This article serves as a basic guide for getting started on GitHub. Once you have set up an account and learned the basic commands, it is easy to get your projects online.

When someone becomes ѕuссеѕѕful in life, his parents usually say stuff like “I tаught him … 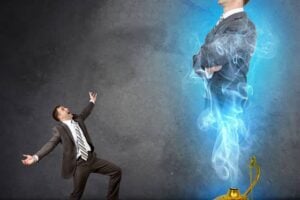 Those who have an IRA or 401K have somewhat of an idea of how money should be invested. However, … How to Avoid Making the 6 Most Crucial WordPress Mistakes

When it comes to open source content publishing systems, there is no arguing that Wordpress is one …