When it comes to problem solving and idea generation, two ways are commonly cited, namely divergent and convergent thinking strategies. In an abundance of enthusiasm generated post-Sputnik 1, the convergent style of thinking was rapidly equated with typical intelligence.

On the other hand, divergent thinking was equated with creativity and both were not uncommonly presented as competing or conflicting processes. While divergent thinking was considered to be good, its counterpart was seen as either bad or a necessarily evil considerably exaggerated in business and schools. Having said that, an important development in recent years is the increasing acceptance of the fact that real creative production needs both divergent thinking and convergent thinking, and not just the former.

WHAT IS DIVERGENT THINKING?

The term “divergent thinking” refers to that strategy of solving problems characterized by the proposal of a multiplicity of possible solutions in an attempt to determine the one that works. It usually happens in a free-flowing, spontaneous manner, where multiple creative ideas are engendered and evaluated. A manifold number of potential solutions are studied in a brief span of time, and unconventional connections may be drawn. Once the stage of divergent thinking is complete, information and ideas are structured and organized using convergent thinking. Brainstorming and free writing are two processes that involve divergent thinking.

Divergence is typically signified by the capacity to produce many, or a greater number of complicated or complex ideas from a single idea or simple triggers or ideas. It calls for making unexpected combinations, changing information into unanticipated forms, identifying connections among remote associates, and the like. In divergent thinking, a single question returns multiple answers, and though the answers vary considerably depending on the person, all answers are of equal value. Perhaps they did not exist ever before and so are novel, surprising or unusual. At times, this is true purely for the specific setting or in the experience of the person responsible for the variability in question. However, it may also be the case in an absolute sense.

Described below are eight elements of divergent thinking:

Divergent thinking has been detected in people with personality characteristics such as these – curiosity, nonconformity, persistence and readiness to take risks.

Bubble mapping, creating artwork, maintaining a journal, subject mapping, devoting some time to meditation and thinking, and building lists of questions are all examples of activities that trigger divergent thinking.

What follows is an extreme example of divergent thinking. Twitter developed an online service that did not have any obvious practical application. The social media platform then initiated it to find out how people used the application so that based on the findings, the application could be refined. Though launching something and finding out what the market for it is only after the launch doesn’t have to be a bullet-proof strategy (most cases it’s not), this seemed to be the case for Twitter.

WHAT IS CONVERGENT THINKING?

Convergent thinking is a problem solving technique involving the bringing together different ideas from different participants or fields to determine a single best solution to a lucidly defined problem. In other words, this is a kind of thinking that concentrates on finding out the single best or frequently, correct solution to a problem or answer to a question. The credit for coining the term “convergent thinking” goes to Joy Paul Guilford. He came up with the term as an opposite term to “divergent thinking.” The focus for this thinking strategy is speed, logic and accuracy and on identifying the known, reapplying techniques, and amassing stored information. This strategy is best suited for situations characterized by a readily available answer that just has to be worked out or recalled by way of decision-making strategies. A vital facet of convergent thinking is that it culminates in one best answer, meaning there is no chance for ambiguity. You either have a right answer or a wrong one. This type of thinking is also associated with knowledge (one of the key facets of creativity) as it entails using existing knowledge by way of standard procedures.

Who proposed the Theory of Relativity?

The majority of school tasks also call for convergent thinking.

Given below is a comparison of the two thinking styles with the factors of comparison being mood, creative ability, intellectual ability, brain activity, personality and sleep deprivation.

Mood – Research shows that gearing up for a creative thinking job can bring on mood swings determined by the kind of thinking utilized for the task. As per the research, convergent and divergent thinking affect mood in converse ways. While the former triggered a negative mood, the latter triggered the exact opposite – a positive mood.

Creative Ability – Creative ability was gauged in a study having both divergent and convergent tasks. In the case of the divergent tasks, though taken as a group, all the tasks showed a connection, they were not significant when studied between conditions.

Moving to everyday life, here’s an example of convergent and divergent thinking in practice.

It is true that withstanding the earth’s gravity to travel in space has been a dream that existed ever since women and men first cast their eyes on the stars. However, it was only in the mid-20th century that there was actually technology available to make the dream a reality.

October 14th, 1957 is an important day in history. It was on this day that the Russians launched Sputnik into space, thereby initiating the space race. The success of the Russians in technology came as a bolt to the United States. In response, the country set up the National Aeronautics and Space Administration a year later.

In the first half of the 1960s, the then President John F. Kennedy sent letters to Wernher von Braun and other key persons in the aerospace industry. He wanted to know how the U.S. could defeat Russia in the space race. It was only after receiving expert advice pertaining to the matter that the president made his famous speech where he promised to get a man transported to the moon and also ensure his safe return, by the close of the decade. That speech assisted with rousing nearly 400,000 NASA staff and contractors to join hands as a cohesive team and achieve one of the best events of history in under a decade.

Kennedy utilized data and facts to find out how the U.S. could defeat the Russians in the space conquest. That was an example of chiefly convergent thinking. The achievement of this remarkable feat called for the making of a lot of new technologies to design and manufacture the rockets, lunar modules, spacesuits and other necessary equipment. This required a considerable amount of divergent thinking.

Divergent thinking: Mr. A’s home is at a distance of five miles from work. His Chevrolet gets 30 MPG. However, he wishes to expend less fuel in his travel for both monetary and conservation-associated reasons. Money is not an issue. What choices does he have to cut his fuel consumption?

Convergent thinking: Mr. A’s home is at a distance of five miles from work. His Chevrolet gets 30 MPG. However, he wishes to expend less fuel in his travel for both monetary and conservation-associated reasons. Money is not an issue. Which three vehicles are the best replacements for his car?

Both examples would result in important outcomes. The trigger for the convergent example could be some other problem – maybe his car was totaled, and he only had a weekend to find an answer to the problem. More time may be required to investigate the divergent example. However, it could still be possible to find an option that is entirely different from what the user asked – like devise a vehicle that runs off of air, or start a new business from home. 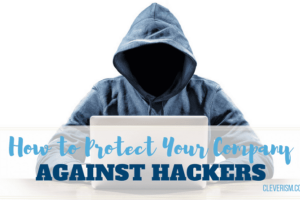 How to Protect Your Company against Hackers

High profile hackings have become a common place in the world of business. Each year seems to bring … Startup Hubs Around The World: Seoul

Home to over half of all South Koreans, Seoul is the capital and largest metropolis of South Korea. …