The Role of Interpersonal Intelligence for Career Progress

Have you ever worked for one of those people who seem to have a natural inner glow that somehow seems to attract other people? Wasn’t it nice to work with such a person?

Such a person has a way of keeping everyone well motivated and happy to work. As a result, the desired outcome is achieved faster and the quality of the finished products or the delivered services is higher.

To put things into perspective, let’s compare the above scenario with working with a controlling and ever demanding boss. You’ll find that most of the time, you hate yourself every morning when you have to leave for work.

When at work, you will not be sure about yourself in most of the tasks because you are not sure if your results will be perfect enough for the boss. 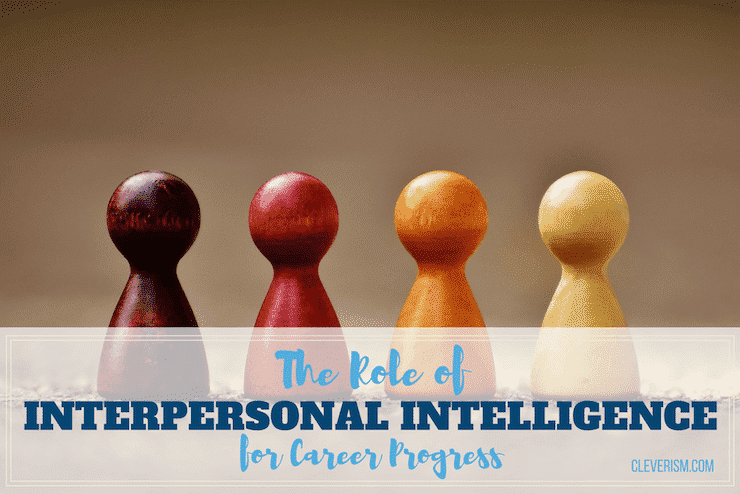 This is a theory by a Harvard psychologist that was originally developed in 1983. It has so far been revised to cover more elements. The theory states that there are at least eight different ways that human beings understand the world. These different ways are the intelligences that Gardner talks about in his multiple intelligence theory.

Gardner focused on a number of these intelligences, but his list is still not exhaustive. Here are the main intelligences in the theory:

We will focus on interpersonal intelligence in this discussion.

HOW IS INTERPERSONAL INTELLIGENCE DIFFERENT?

While every intelligence is unique and important in its own backyard, for a person interested in growing their career, the impact of interpersonal intelligence cannot be overemphasized. This is because it will help you to manage relationships, negotiate conflict and to better understand situations.

These key elements are sometimes the tie breaker when considering candidates for promotions in professional environments. Let’s take a look at how interpersonal intelligence is different from the other types of intelligence and what that means in career advancement.

The following are social characteristics that you will find with people who have a high interpersonal intelligence:

Bob is a salesman for ABC Insurance Company. His salary at the end of the month is calculated based on the amount of business he brings during that month. This means that his pay check will be as fat as the number of customers he brings.

Ashley is one of Bob’s prospects. Unlike Bob, she is looking for value. She doesn’t care how much money Bob earns. Her only goal is to get value for the money spent on the insurance cover. So when Bob approaches her, she will be thinking about what she gets out of the cover.

Since Bob has high interpersonal intelligence, he won’t come telling Ashley to purchase any premium and present a list of all the different products available from ABC Insurance Company. Instead, he will start with identifying a need in Ashley’s life that can be addressed by one of the products. He will put himself in Ashley’s shoes and present the value in a way that she will understand.

The result? Ashley sees that indeed she needs the cover and she will be happy to pay.

Let’s look at another example:

Mike knows that he has enough leverage to ask for a raise. However, whether he is granted the raise or not will depend on the way things will go when he goes to ask for it. He knows that the company can afford the raise, and his work has been of value to the department.

One day, Karen comes to work looking unhappy and she doesn’t even say hi to the people she finds along the corridor as she walks to her office. In the next few hours she is sad and even reprimands a fellow employee for arriving to work late. Although Mike hasn’t done anything wrong, if he goes to Karen asking for a raise, chances are that he won’t get it.

However, if Mike waits for a day when Karen is in a good mood, probably after he has done something commendable and Karen has noticed and congratulated him for, he stands a greater chance of getting the raise.

That is interpersonal intelligence at play.

It’s clear that interpersonal intelligence is important regardless of the field or industry. The good thing is that it is not one of those things that people are born with.

It is totally learnable and with a little practice, it can be developed. Here are some of the steps that you can take to improve your interpersonal intelligence:

Dale Carnegie in his book How to Win Friends and Influence People said that you can make more friends in two months by becoming interested in others than you can in two years by trying to get other people interested in you. The same applies in career progress.

Picture this: a senior manager resigns and leaves the position up for grabs. Several junior managers are qualified to take up the position but only one of them will be given the chance. Let’s assume two individuals, John and Jane, have been at the company long enough and they have the requisite skills to fill up the position.

However, John is one of those people who thrives by minding his own business. He is good at his work and is very competitive. When targets are set, he will do all he can to exceed them. Jane on the other hand is the exact opposite. She is always challenging others to exceed expectations and as a result, other people find value in being around her. Needless to say, she is also more influential when compared to John who sees other people as competitors.

Who do you think is more likely to get the promotion? Of course it’s Jane. John is perfect as an employee, but a terrible manager because he can’t connect with other employees. Although Jane may not be producing perfect results like John when working alone, she produces better results when managing a team and that’s what management is all about.

The higher you go on the career ladder, the more interpersonal intelligence you will need. This is because at the lower levels, your seniors only want you to do your job and produce the best outcome. As you move up the ladder, you find that more and more people are working under you and it won’t be long before it becomes your responsibility to keep them motivated and productive during the workday.

As demonstrated in the examples above, interpersonal intelligence affects your career progress in the following ways:

HOW TO BENEFIT FROM INTERPERSONAL INTELLIGENCE

Let’s finish our discussion by looking at some of the benefits of having interpersonal intelligence and how you can get them.

The first benefit of high interpersonal intelligence is definitely the better understanding of the people around you. Once you know who you are dealing with, it will be easier to make yourself understood by them. The end result is better and clearer communication hence things flow faster and hitches are avoided.

To get this benefit, you need to forget about your own feelings and opinions. You won’t understand how the other person feels when you are only thinking about how you feel. Listen to what they have to say and maintain an open mind the whole time.

Don’t be judgmental even if their thoughts differ from yours. With this approach, you will notice small changes in the other person’s tone or body language and know if they like where the conversation is going. Armed with that information, you will be able to tell what the other person is thinking even before they say it.

Getting the message across

Sometimes what we think we say is not exactly in line with what the other person understands. This is the cause of many misunderstandings which easily end up in undesired results. With a strong interpersonal intelligence, you will know how to express your desires, beliefs and feelings in a manner that doesn’t offend the people around you.

To get this benefit, you need to try and accommodate your audience in what you say. If you know that there are people who don’t agree with your feelings and beliefs, don’t speak to them like your way is the only way.

Say what is on your mind, but stay open to different perspectives on the matter. This will give anyone who has a different opinion a reassurance that they can air their views without fear of judgment.

When it comes to making requests and asking for favors, you can get more by timing the request appropriately. Asking nicely will help, but the request will be more effective when you know when to ask. Before making the request, look at the situation from the other person’s perspective and ask yourself if you would have said yes if tables were turned.

Convincing people to work together is not the easiest task. Many times, conflicting interests cause groups to lack harmony. With strong interpersonal intelligence, it’s possible to influence others to forget about their individual interests and work for the greater good.

To get this benefit, you have to speak confidently to your team about what it is you expect from them. By being confident and eloquent, team members will look up to you and want to be a part of your end result.

One key strength of having strong interpersonal intelligence is the power to resolve conflicts. Since you can objectively analyze situations and come up with a practical solution, you will be able to reduce tension among colleagues hence promote harmony.

To get this benefit, you need to be as objective as possible when you find yourself mediating a conflict. Look at the situation from each person’s perspective and try to empathize with them. Find out what is causing the problem and why each person feels the way they do.

Next, ask both parties to suggest solutions that would make things better between them. Be an active listener and observe any non-verbal cues that could tell you more about the situation. You want to steer the discussion away from finger pointing and towards a solution acceptable by both parties. How to Set, Track and Achieve Your Career Goals

Even at a young age, children are now being taught to think about their future: what they want to be … 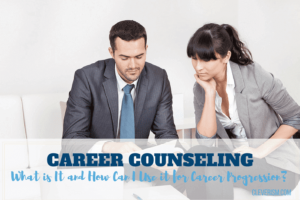 Career Counseling: What is It and How Can I Use it for Career Progression?

Career progression is the aim for most workers, but career development is not something most of us … 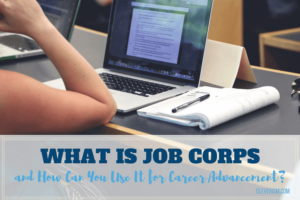 What Is Job Corps and How Can You Use It for Career Advancement?