We can name several huge mergers that ultimately failed, and we can also point out several reasons for these failures. It could be that there is a lack of forward-thinking among the parties involved, or it could also be that not enough research was conducted to fully justify the merger or acquisition. In some cases, the two companies have completely opposing visions, and they do not really meet halfway, enough to merit business integration, or to make one work. Poor governance and weak leadership are also instrumental in single-handedly destroying a deal, and poor communication among the parties will only drive the nail even further. These are all true, even when we speak of M&A on a larger scale, specifically international M&A. 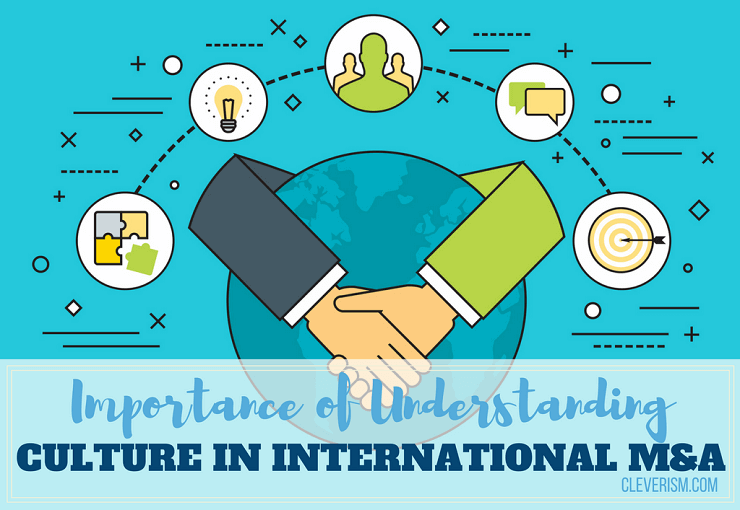 In this article, we will explore 1) international M&A and 2) the role of culture in international M&A, take a look at an example of 3) Daimler with Crysler and Mitsubishi, and finalize with 4) contributing factors to cultural integration.

The increasing activity in international markets is continuously stirring the global business landscape, tempting more and more businesses to get a piece of the action. Thus, they look into various international market entry strategies and entering into cross-border transactions, with their eyes set on creating, or being part of, a global network of businesses. It’s simple, really. Entry into new markets means greater opportunities, faster growth, and higher profit.

The Wall Street Journal is touting 2015 to be the “biggest M&A year ever”, with 112 deals announced in the beginning of December 2015, involving small to large companies from all over the world. Data providers said that the global M&A volume is now estimated at $4.304 trillion.

Some of the international M&A deals announced include the acquisition of London’s SABMiller plc by Anheuser-Busch InBev for $108 billion. The Belgium-based company is currently the world’s largest brewer, and SABMiller happens to be the second-largest brewer, in terms of revenue. Another international M&A that is getting a lot of press is the acquisition of Pfizer Inc. of Dublin-based Allergan PLC for around $160 billion.

Granted, these M&A deals have only been announced, and whether they will succeed or not will be seen in the coming months. There is still that probability that the M&A will not close, and it could be due to several reasons, most of which have been mentioned earlier.

Some of the main reasons for failure of international M&As include:

But there is one factor that is seen by most as the most pervasive reason for failure, particularly in international M&A: culture.

THE ROLE OF CULTURE IN INTERNATIONAL M&A

Culture, by itself, cannot be seen as a reason for international M&A deals failing to close, or giving the results expected by the parties after the integration. What makes culture a stumbling block in many M&A deals are the differences that arise during the integration.

The term “culture” is not strictly confined to the set of characteristics or norms that differentiate one country or nationality to another (although national culture can also get in the way of M&A, as will be discussed later). When we say culture in the context of international M&A, it specifically means the cultural gap in the corporate or organizational cultures of the merging companies. Organizational culture refers to that set of values, norms and assumptions that govern how the people within an organization act, interact, and work on a daily basis.

M&A denotes a partnership, or a relationship that both will benefit from. In order for a solid relationship to establish, it is important to know who your partner is. Looking at their culture is one way to go about it.

In order to understand the importance of culture awareness when it comes to international M&A, let us look into its role, or how it shapes mergers and acquisitions.

DAIMLER WITH CHRYSLER AND MITSUBISHI

Automobile giant Daimler is a good example of international M&A gone wrong, when it was involved in a couple of major cross-border or international deals: first with Chrysler, and then with Mitsubishi.

Let us first take a look at one of the pivotal and most publicized international M&A deals that went south due to cultural differences.

The merger between Daimler and Chrysler in 1998 made waves in the global business landscape. Here, you have two of the largest automobile manufacturers in the world – Germany’s Daimler and United States’ Chrysler – merging as “equals”. It was even called by many as a “marriage made in heaven”. The result was DaimlerChrysler AG.

In 2007, barely 10 years after the historic merge, the two companies decided to split, with Daimler selling Chrysler to Cerberus Capital Management for over $6 billion.

Cultural differences were identified as the main culprit of the failure of the $38 billion merger between these two giants. Apparently, there was a wide cultural gap in the two companies’ corporate cultures. Daimler’s was described as “conservative, efficient, and safe”. The Detroit-based company Chrysler, on the other hand, was “daring, diverse, and creating”.

One difference that was cited was the attitude of the employees to hierarchy. Over at Daimler, they are used to having a clear and unambiguous chain of command. The ranking persons of authority are at the top, and they deserve all the respect from the subordinates below them. Chrysler, however, utilizes a more egalitarian approach, encouraging a team-oriented atmosphere among its people.

This is bound to be problematic for Chrysler, which is not used to having to kowtow to anyone in authority. There was also the fact that some were not entirely convinced that it was a merger of equals between the two companies. Some critics said that, rather than an equal merger, it was Daimler acquiring Chrysler, so there was an expectation that Chrysler should adhere to the culture of the former. This naturally led to mistrust between the groups of employees of the two companies. It certainly did not help any when the Daimler executives were seen as “high-handed” in imposing their culture on the people of Chrysler.

There was also the difference between how the two companies viewed what is important to their clients. According to Daimler, customers value reliability in their automobiles, and they expect nothing less than the best quality. Chrysler, the daring and creative one, insisted that customers prefer more flash and style, so it put more emphasis on the designs and competitive pricing. As a result, they were not coordinate or cohesive on how the manufacturing process should go, resulting in division.

This is a classic case of national culture causing differences between two companies in an M&A. After the merge, DaimlerChrysler wanted to enter the Asian market, and what better way to do that than by striking an alliance with one of the major players in the Asian automotive market?

DaimlerChrysler started an alliance with Mitsubishi Motors and, right off the bat, the major differences between German culture and Japanese culture were causing conflicts. Daimler either did not care, or they were not aware, of the Japanese “way of doing business”.

The Japanese workforce of Mitsubishi Alliance also did not take kindly to the people of Daimler barging in and giving orders as if they are in their home turf. The Japanese tend to be territorial, and this applies to business as well. Having complete strangers telling them what to do – in their own territory – clearly did not sit well with them.

There was also a marked difference in the orientation of the two cultures in terms of their goals. The Japanese are more long-term oriented, meaning they are patient, so they were not easily swayed by the initial difficulties that besieged Mitsubishi Motors at the time. Daimler, however, was looking at the short-term. They saw the financial difficulties as indications that the company is not in good shape financially. Since they were not seeing immediate profits coming in, they saw no point in investing further. This resulted to the two companies being more distant than ever, leading to the dissolution of their alliance.

In both cases, Daimler’s aggressive “it’s our way or the highway” attitude in leading posed problems, since they were imposed on cultures that were not used to it.

Like it or not, culture has a great impact on business. It also goes without saying that, in M&A, cultural integration takes a lot of work. It’s actually quite a sensitive area that people engaged in M&A must tread with caution. Here are some factors that would make cultural integration smoother, paving the way for international M&A deals.

When undergoing global or international M&A, there are possible two ways to prevent cultural differences from destroying a potentially successful merger or acquisition.

Often, the acquiring company would want to maintain its own culture, or have its own culture prevail over that of the acquired company. This was what took place with DaimlerChrysler AG. Daimler wanted to enforce its organizational culture on Chrysler.

Where did it go wrong? There are several possibilities, which include the attitude adopted by Daimler when trying to enforce its culture, and how it went about infusing Chrysler’s culture into its own.

In the process of evaluating a potential M&A, it is highly recommended that the companies thoroughly assess the culture of their target company or acquisition. More specifically, they should evaluate whether the culture of the target acquisition is compatible with theirs. Not only will this smoothen the integration, but increase the chances of the merger or acquisition becoming successful and profitable in the long run.

Whatever decision was made by the merging companies, it is important to choose only one culture, and commit to it. The parties should sit down and have a good talk about it, reveal the gaps that they are faced with and reconcile if there is a need to do so, and put the chosen culture into practice. Managing the culture actively is the next phase, and this is left in the hands of the managers and executives of the companies.

Culture clashes are already a given in any international or cross-border M&A. They could make or break the entire M&A process. Thus, it is important to pay as much attention to culture as you do to other aspects of M&A. 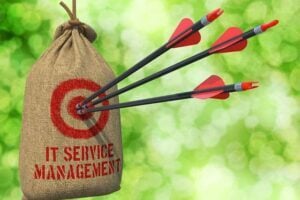 The Benefits of Outsourcing to Managed Services The Google Way of Motivating Employees

When it comes to motivating their employees, it can be said without question that Google stands out … Big Data: How to Manage Hadoop

In the era of Big Data, IT managers need robust and scalable solutions that allow them to process, …