Sample of a Recommendation Letter

When it comes to landing that dream job, good references go a long way in helping make it happen. Most employers don’t just want to hear from you how great you are, but also listen to what your friends, colleagues and past bosses think.

You might have previously asked for a letter of recommendation, but have you had to write one? You certainly don’t want to make a mistake with it – your words can have a big impact. It would suck to know your recommendation letter didn’t help the person at all, wouldn’t it?

But it’s time to take the stress out of the recommendation letter. In this guide, you’ll receive a sample of a recommendation to guarantee you know how to impress and help a job hunter land a dream role.

THE POWER OF A GOOD RECOMMENDATION LETTER

You need to understand that a good recommendation letter is not just a collection of praise. It acts similarly to any other part of the job application process – it provides information on the candidate. Furthermore, this information is even more valuable because it comes from an external source. The person isn’t telling you his or her own opinion of those skills, but another person is reinforcing the things the candidate has mentioned. You are getting actual proof the candidate has the skills he or she claims to have.

The recommendation letter sheds light on the candidate’s journey. The hiring manager can learn more about the candidate’s work or academic history and the kind of attitude he or she has – there’s a deeper look into the working culture of the person.

As you can see, the recommendation letter can play a key role in introducing the candidate to the hiring manager. It’s especially valuable because the information is coming from someone who knows the person. We can all play our own trumpet, right? But will you get your colleagues, friends and bosses agree with you? That’s the power of a recommendation letter.

THE KEY FEATURES OF A GOOD RECOMMENDATION LETTER

There are, essentially, three key features in a great recommendation letter:

There is a strong link between the person writing the letter and the candidate applying for the role.

There has to be a connection and not just some random acquaintance. You can’t have a friend of a friend evaluate the candidate’s skills and characteristic – the hiring manager must get a proper sense of why you are the right person to talk about the candidate. Why is your information valid and valuable?

You can show this connection by:

Here are a few good example sentences for you to draw inspiration from:

Now, you must also talk about why the candidate is a good fit for the role. Just like the resume must be tailored according to what the employer is looking for, your recommendation letter must also consider this. It’s important to talk about the skills and qualifications that matter in this particular role.

It’s also essential to avoid just listing those skills and saying the candidate has the capabilities. You must showcase the skills with real experiences in the past. For example, how the candidate showed his or her leadership during a tricky period at work when you were his or her manager. You want to link those skills to real life experience through the connection.

Here are a few example sentences you can use for ideas:

There are real examples of the candidate’s characteristics.

Again, when you are painting a picture of the candidate, you want to use real examples. You don’t just want to say, “He is an honest worker”. You want to show why you are saying that – what has he done to prove you this aspect of himself? Instead of just listing characteristics and skills, you must show them.

You can see how to do this with the example sentences below:

THE PURPOSE OF YOUR RECOMMENDATION LETTER

Now, the above are the building blocks of a good recommendation letter. But as you could see from the variety of examples used, the purpose of the letter matters as well. The connection you have with the candidate and the reason for writing the letter will have an impact on the kind of language you should use, and the things you should mention.

There are, essentially, three types of recommendation letters:

The academic letter of recommendation

The academic letter of recommendation is often the go-to recommendation letter for graduates. The candidate probably doesn’t have a lot of job experience yet and therefore a tutor or a professor can provide the most in-depth information about the candidate. These can, of course, be highly useful for those pursuing an academic career – being recommended by someone who works in the same field can be highly beneficial.

Professors, teachers, tutors and other school representatives write these letters. They focus on the relationship between the skills learnt at the academic environment and the characteristics the person showed during this time.

Here are short examples of what might be said in an academic letter – especially in terms of the above three key features:

The professional letter of recommendation

In terms of most job applicants, the professional letter of recommendation is the most common. This is a letter from your work colleague, manager or boss. It’s perhaps the most adequate because it can reflect your previous work experience and work performance more in detail. The emphasis of this recommendation letter is on the work experience, work ethic and skills you’ve shown.

This recommendation letter is useful in many situations, especially when moving from one role to another similar role. It’s also a good way of outlining the candidate’s approach to work and therefore, can be helpful even when the candidate is looking to change career paths.

Here are some examples of what a professional letter of recommendation might say:

The character/personal letter of recommendation

Now, sometimes candidates might not have access to their previous professors or it’s not possible for them to seek a professional letter of recommendation. Especially for young people, having a friend recommend you might be the only option. This is possible through a character or personal recommendation letter. As the name suggests, the emphasis of the letter is on the character of the person.

This is a lot less formal letter in the sense that you are probably not qualified to talk too much about the skills the person have since the connection is based on personal knowledge not academic or professional. However, a person’s character does matter – the way they approach problems and challenges in life can tell a lot about what they’d be like at work.

The character letter of recommendation should be written by someone who knows the candidate well but isn’t professionally or academically directly in connection with them. It could, of course, be a school friend, a work colleague from a different department or a long-term friend. The key is that you are able to judge the person’s character – just don’t be related to them!

Here are a few examples of the things a personal letter of recommendation could say:

A TYPICAL SAMPLE OF A RECOMMENDATION LETTER

You can use the above template format, together with the examples above to create a strong recommendation letter. You want to make sure the language reflects the connection and your qualifications in those paragraphs so use the above examples to your advantage.

Don’t keep blabbering on – you want to keep your letter brief. A single Word-page will be sufficient, as you can always offer the person the opportunity to discuss the matter further by phone or via email. However, you need to have at least three to four paragraphs – otherwise, it’ll look like you didn’t really put any effort into your recommendation letter.

Here’s a sample of a basic recommendation letter:

THE SECRET OF A GREAT RECOMMENDATION LETTER

The above examples and samples should help you create a great recommendation letter for a friend, a colleague, a student or other such acquaintance. You just need to focus on the main elements of a recommendation letter, which is to highlight the candidate’s performance and character. To emphasize their fit to the role through their past behavior and performance.

Maintain a positive note but be truthful. Just as the candidate shouldn’t lie on their resume, neither should you in the recommendation letter. However, you will want to focus on the positives – if you don’t have anything positive to say, don’t agree to write the letter! 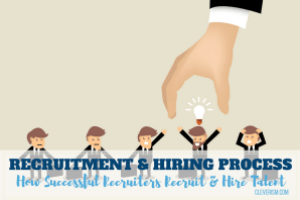 In this guide, we explore what is the recruitment and hiring process, what are the 7 steps of … 17 Resume Tips that Will Get You that Job Interview

A lot of people underestimate the power and the usefulness of the resume, relegating its role to … 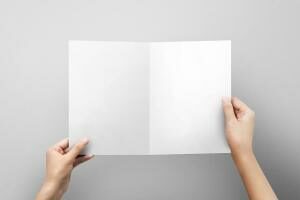 The Professional Bio-Template That Makes Everyone Sound Accomplished