There are many confusing definitions and allusions floating around of what “blockchain” and “blockchain technology” is. In the succeeding discussion, we will attempt to shed some light on the concept of blockchain, as a whole. 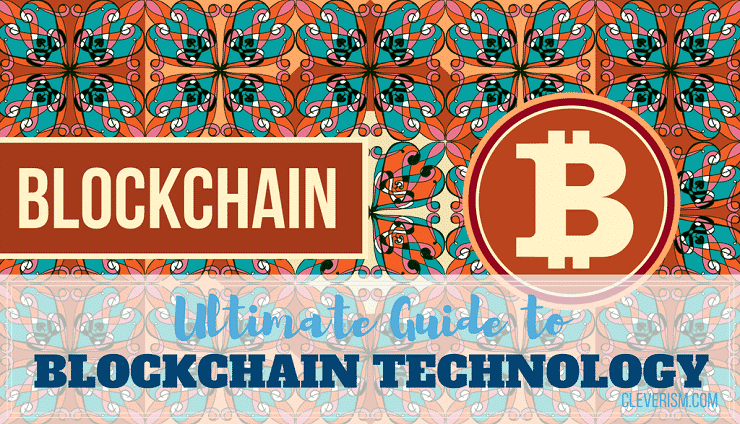 AN INTRODUCTION TO BLOCKCHAINS

Take a look at how the internet has evolved, taking our lifestyle and the way we do things along with it. Aside from completely revolutionizing how we communicate and connect with each other, it has also completely changed even the way we conduct transactions, even those of a financial nature. In the past, the idea of making payments online seemed farfetched, but that has been overturned with the introduction of various technologies that made it possible, such as online bank transfers and PayPal.

Bitcoin technology was one of these, introducing the digital currency that came to be known as “Bitcoin”. This virtual currency, instead of physical coins, were simply balances maintained on a public ledger containing all Bitcoin transactions, using private and public keys that are verified through the technology’s computing power. What made it prefered to other forms of traditional online payment methods is its lower transaction fees. Its operations were decentralized to “miners”, or the individuals or entities that own the governing computing power in the Bitcoin network.

Where does the blockchain come in?

You can say that the blockchain technology is a spinoff of Bitcoin, and it has been noted as the latter’s main innovation.

All executed Bitcoin transactions are permanently recorded and kept in public ledgers, and each public ledger is a “blockchain”. Files, or “blocks” containing data that pertains to the Bitcoin network are added as they are completed in a linear and chronological order, thus forming a chain of blocks, or the blockchain.

The exact details about the developer of blocks and blockchains are unclear. All that is known is that the first block was created in 2009 by a Japanese named Satoshi Nakamoto, and that is not even his real name but his pseudonym. He started it, and others followed suit. Even when Nakamoto reportedly ‘disappeared’ in December of 2010, many others took blocks and blockchain technology forward.

THE ROLE OF BLOCKCHAIN TECHNOLOGY

At the moment, blockchain technology is still in its early stages, but it is expected to revolutionize how the industry works. It is continuously growing and evolving, with the most recent version having more or better functionality. The growing interest in Bitcoin will certainly make it more mainstream in the future. Information and electronics giants Microsoft, Intel, IBM and HP are already looking into it. Even Wall Street is showing interest, with names such as Barclays, Citi and UBS dipping their hands into blockchain startups and technology.

An analogy has been made between traditional banking and blockchain. Banks have a record containing the full history of all its banking transactions. The bank transactions are recorded into the bank’s system chronologically, as the transactions happen.

Now you can look at the bank’s records as the blockchain, and the blocks are the individual bank statements, showing the transactions per month. They are similar in how the Bitcoin transactions work.

A Block is composed of a group of transactions over a specific time frame; multiple blocks linked together make up a Blockchain. Another thing that you should never forget about the blockchain is that it is a ledger record of the transfer of Bitcoins between or among people or entities.

Before we can dive into the details of blockchains, let us first get some key terminologies out of the way. As mentioned earlier, the block or blockchain is the record of transactions. A “transaction” refers to the transfer of value or ‘coins’ from one address to another, or from the sender to the recipient. Meanwhile, the “address” is the account number of the person or entity that you are sending the coins to. The creation of the blocks is through a process called mining, and it is done periodically.

There is a need to manage the address, in case one person is using multiple addresses or has a single address that is used multiple times. There is also a need to monitor the running balances of the coins and keep track of the transactions entered into. For that, you will need a software to do this; that software is called the “wallet”.

Transactions are time-dependent, meaning they happen in a specific order. Once a coin has been spent, there is no way to go back in time to spend it again.

Data recorded on a blockchain becomes a historical record: it cannot be changed, and the fact that it happened cannot be hidden, either. The block, when already stored, becomes read-only, so it cannot be edited.

How to Get Started

The problem of most people when trying to understand blockchain technology is that it can get very technical. After all, we are talking about stuff related to nodes, cryptography, keys, hash metadata, etc. We will try our best to keep things simple.

In order to transact, the sender must know the address of the recipient, or the person that he or she is sending payment to. There is a small transaction fee involved, and it is up to the sender to calculate it or not, although it is recommended that it be calculated.

Control of coins in transactions is transferred from inputs to outputs. Cryptography is adopted for this type of control, and this is primarily due to the programmable nature of transactions. This basically means that, in every transaction, certain conditions must first be met before coins can be spent or transferred. The increased security provided by cryptography is also preferred for blockchains, considering that blockchain transactions are essentially anonymous, thus the need for better control.

Senders and recipients each have their respective addresses (or account numbers). Senders will send coins by placing them publicly under the control of the recipient’s public key, which is the recipient’s address. Do not worry that the public key is truly public, or accessible by just anyone. The public key will remain hidden, thanks to hashing.

This means that there are two keys that will be used: a public key and a matching private key, with one key performing encryption and the other in charge of decryption, and vice versa.

Mining is the process of collecting transactions and subsequently creating blocks, and the ones who create the blocks are called “miners”. Another way to look at mining is as a way of securing the blockchain, considering how solving or creating a block can be very complicated and even “mathematical”.

The records are linear and chronological, so the numbers (or the ‘height’) of the blocks are also in ascending order, with 0 being the first block. When a new block is added, it can only directly link to the one before it. The newer blocks link TO the immediately previous block, and not the other way around. See illustration below:

Once blocks have been “solved”, the transactions – contained in the blocks – are then broadcasted to the network. The miners will then compete to create the next blocks that will be added to the chain. Miners are in competition with each other, racing as to who will first publish or broadcast a block.

Now, many people are wondering why there is a need for blockchains when they can just stick to using databases in order to record transactions. There is nothing wrong with traditional databases, but blockchains have proved to be the better option.

Advocates and supporters of blockchain technology are positive that it will soon go beyond Bitcoin and be applicable in bank transactions and even several non-financial transactions. Like vote-counting in government elections, for example. Sure, it may take a while, but at the rate things are going, we have no doubt that there is a great possibility of that happening.

There are a few concerns about how blockchains will be able to accommodate the ever-increasing number of transactions. It has been said that a new block is created every 10 minutes, so we are looking at 6 new blocks per hour and 144 new blocks per day. Many fear that there will come a point where the blockchain will be plagued with problems with storage and speed, leading to issues on synchronization and updating. Naturally, these will have implications on the security of the data or transactions being recorded. This is certainly a challenge that will have to be addressed by the proponents of this technology. 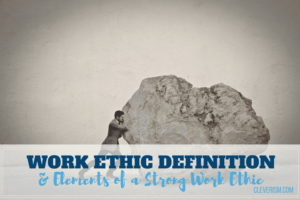 In this article, you'll learn 1) the work ethic definition, 2) why work ethic is super … “We can’t solve problems using the same kind of thinking we used when we created them.” – Albert …