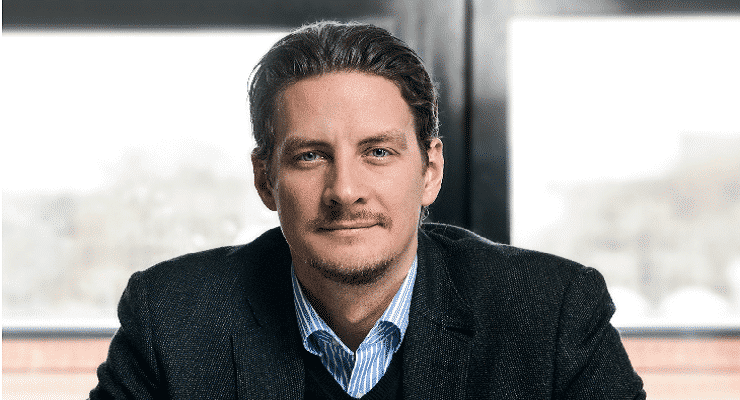 Christian founded WebTrekk, a leading analytics company based in Berlin. In this interview he shares 1) how he came up with the business idea, 2) how the business model works, 3) his thoughts on raising funds, and 4) some thoughts on the German startup ecosystem.

EI: Hey, Christian. Thanks for sharing your entrepreneurial insights. What made you become an entrepreneur?

Christian: I always wanted to be an entrepreneur. After several internships in bigger companies, I decided that I would prefer to follow my own instructions. My family mostly recommended that I apply for a “normal” job and then later on start as an entrepreneur. But I realized early on that this was much harder.

Especially because I wanted to get into digital, into analytics, and I knew there would be real value in getting in on the ground floor. And that’s what happened. Surely there was a mistake or two that I could have avoided had I started at an established company and then launched Webtrekk years later, but there are also a million opportunities that we have had by being at the forefront of analytics. I wouldn’t change a thing.

EI: How did you come up with the business idea of Webtrekk and why did you choose this idea over other ideas you might have had?

Christian: I looked into several spaces and believed that analytics will always be an important service for everybody owning a website. Then I met Norman, our CTO, at cobra youth communications, an agency where I was working full-time and he had just started at an entry-level position. It was obvious that Norman had huge potential, he’s super sharp, plus to be honest I don’t know the first thing about coding or programming. His skill set on the programming end matched my business background, and we both decided to start a company.

We knew we wanted to be in the digital sphere because in the early 2000s it was obvious – as it is today – that there is so, so much growth here. We kicked around ideas like web hosting, we even thought about launching an ecommerce shop. But in the end we decided that the one thing that all websites had in common was the need for reliable, in-depth data. So we went for analytics.

Christian: Webtrekk offers a Digital Intelligence Suite that combines the transparency of Analytics and the personalisation capabilities of raw data in marketing automation. We give our customers a user-centric view of their data, and then enable them use customised segments to individualise marketing messages.

Thanks to our conversion probability algorithms, this retroactive data can be used to determine what will happen moving forward. Our customer know how successful something was, and how successful it will be.

EI: Can you paint a vivid picture of the very early days starting Webtrekk before having an external investor? What was a day like? What things did you focus on?

Christian: We were using the office of Cobra Youth Communications, a new media agency I started with another partner. Norman and I were discussing all sorts of analytics topics  24/7. We eventually hired more developers to speed up the product process and turned all of those discussions into something that people would want to buy and use.

EI: What things would you have changed and how, if you could turn time back?

Christian: We only talked to investors five years after we started. Today I would look for money earlier in the process to shorten product development cycles early on.

EI: How did you find and convince investors to put money in your business?

Christian: We took part in the zanox business plan competition and won €1 million worth of investment. That´s how we started working with investors.

After that, we really had a solid financial foundation and, just as importantly, a great deal of confidence. When a panel of people looks at your business plan, looks at your products, looks at your vision and says, “Okay, we’ll put down €1 million here,” it really confirms that you’re doing something right. We always had that confidence, but it was definitely a nice little boost.

EI: Webtrekk is based in Berlin. What is your perception of the development of the startup ecosystem in Berlin?

Christian: Digital technologies disrupt our society. Unfortunately, Europe is not prepared for this tough challenge. We need something like the Silicon Valley in Europe, with a leading digital university. London and Berlin are important cities to start digital businesses. London is very expensive, so Berlin could put a lot more focus on digital disruption.

We have been aggressive not with “investment” but rather in acquiring companies that we think have great growth potential and which fit into the larger plans that we have for Webtrekk. For example, we acquired a company called Divolution because they did awesome testing. We had testing but wanted it to be even better. So we do invest in companies’ people and ideas, but we like to incorporate them directly into Webtrekk when we do so. Tips and Strategies for Social Recruiting

This article explores the growing practice of social recruiting, the benefits that accrue form … If you are looking to hire a top quality employee or you want to progress in your career, you might …

In Redwood City (CA), we met with Rajeev Goel, Co-Founder and CEO of PubMatic, a leading marketing …